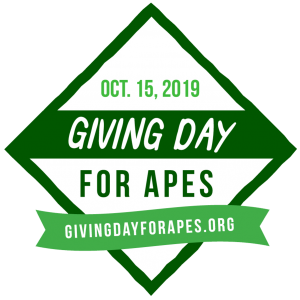 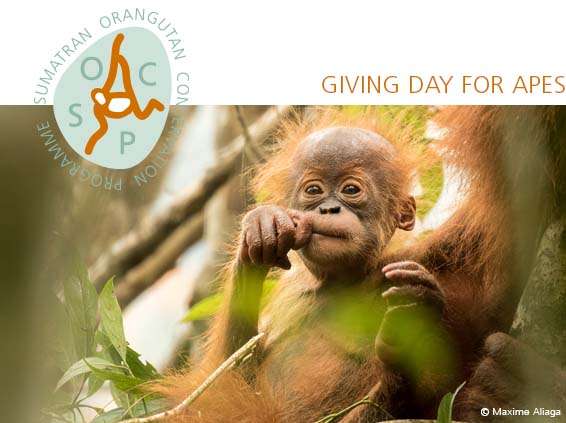 We are reaching out to our most valued friends and supporters to let you know that October 15th 2019 is the fifth Giving Day for Apes and we are part of it!

Throughout the next 24 hours, ape sanctuaries and rescue centers will compete to raise funds for our valuable causes and to win prizes that will further enable us to protect and care for orangutans. Please support us by donating to our page on Giving Day for Apes and make your support to orangutans go even further! 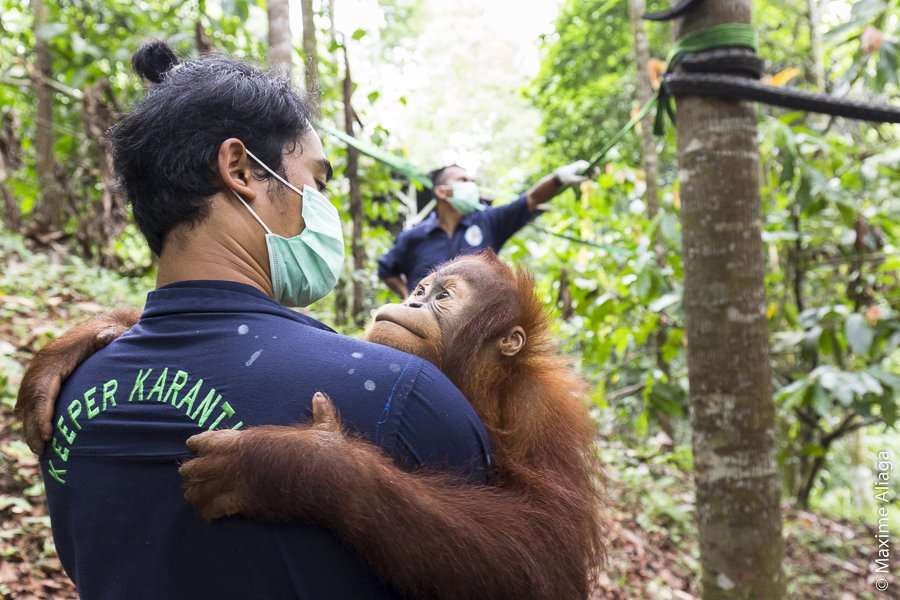 The Sumatran Orangutan Conservation Programme (SOCP) runs the only rescue, rehabilitation and reintroduction programme for orangutans in Sumatra. Since 2000 over 390 orangutans have been received at our specialist orangutan quarantine station, averaging more than 20 new arrivals per year. Over 300 of these have been released to the wild, as the founders of two entirely new, self-sustaining wild populations of their Critically Endangered Species being created in the provinces of Aceh and Jambi, Sumatra, Indonesia. To the best of our knowledge, we are the only project in the world actively creating entirely new genetically viable wild populations of a great ape species!

The SOCP focuses on all aspects of orangutan conservation in Sumatra, including the care of those orangutans unfortunate enough to have been captured for the pet trade or displaced from their original forest homes by deforestation. We care for them from their initial confiscation or rescue, all the way through their rehabilitation, and finally their reintroduction to a new forest home, and a new life in the wild.

Unfortunately, there are also a few individuals in our care that are unable to return to a life in the wild, due to injuries sustained at the hands of humans, degenerative conditions, or because they have spent too long in captivity to ever be free again. For these unlucky few, through the SOCP’s ambitious new Orangutan Haven project, we are providing them with a new naturalistic ‘island’ home, and the opportunity to continue to play a role in the conservation of their wild relatives by educating visitors and local communities regarding the plight facing the remaining wild orangutan populations in Sumatra and their habitat!

We are currently housing 61 orangutans at the SOCP quarantine and rehabilitation centre in North Sumatra, most awaiting reintroduction back to the wild, which is more than we have ever cared for at the centre at one time. Any support you are able to offer is of course very much appreciated by us, and most importantly, by the orangutans themselves!

Donate now for the SOCP

Or you can use form below: 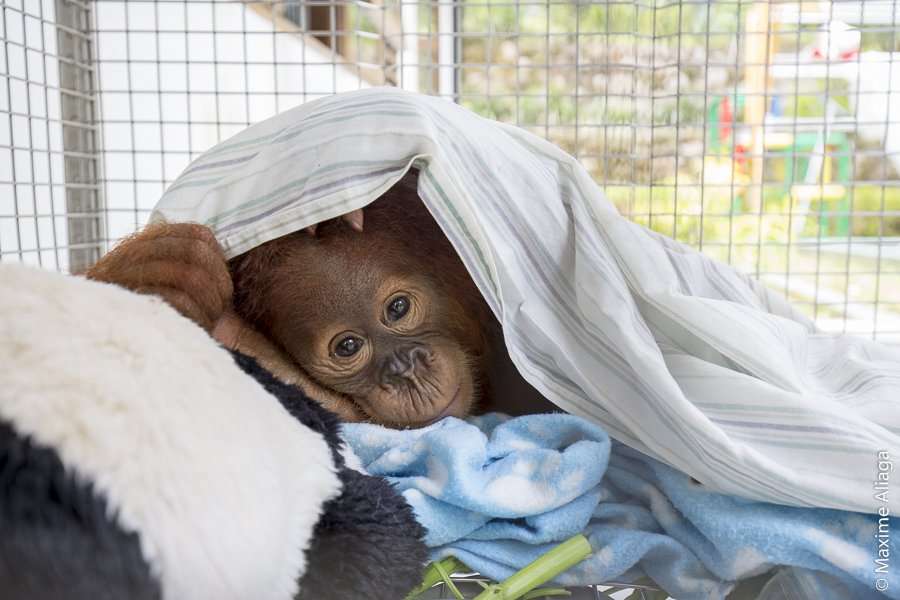